After having a great time at field day with our club, SDHAMS, I suddenly came down with a fever. On Tuesday I checked myself into the ER in Pierre. They treated me for pneumonia, but I was getting worse so they flew me to Sanford Hospital in Sioux Falls, South Dakota.

At Sanford they ran numerous tests, but did not find anything conclusive. The anabiotic‘s started working and my condition improved. 12 days later I was released and told that I had a minor stroke which will take some time to recover from. My doctor in Pierre believes the stroke was brought on by either encephalitis or meningitis. I had numerous bug bites from camping the weeks before Field Day, so most likely my illness was brought on by something that bit me.

I am resting at home now. I’ll have physical therapy to attend to in the following months and I’ll get back to my routine as soon as possible. Thank you for all your support. I appreciate it very much and I hope to hear you on the air very soon. 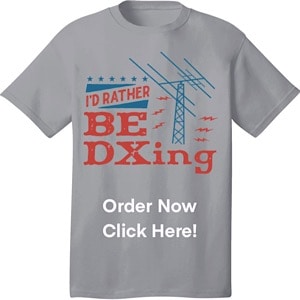