In early September I took my 22 ft. travel trailer (camper) to Yellowstone Park for a Parks on The Air (POTA) adventure. I stayed at Fishing Bridge RV Park and I made most of my contacts from there. The Icom 7300 was in the camper and since there was very limited space at the campsite, I used the Tarheel 200A attached to my tow vehicles bumper. It worked very well most of the time. Yellowstone Park is beautiful in the Fall!

For mobile and portable operation in Yellowstone Park I had the Icom 7000 in my vehicle and the Elecraft KX2 for use at picnic tables.

The laptop is an older Lenovo P580. It’s been updated with a 500 GB solid state hard drive, so it’s plenty fast enough for what I do.

I used the Tarheel 200A mobile and while at the campground. Disconnecting it from the Icom 7000 and attaching to the Icom 7300 in the camper is easy enough. I just run a 50 ft. coax between the two and get the Tarheel as faraway from the metal skin of the camper as possible.

At the picnic area I had a homebrew antenna consisting of a 6 ft. pig tail of 50 ohm coax with a PL259 connector to attached at the radio. Then 50 ft of 300 ohm twin lead. The twin lead was split approx. 33.5 ft. up with each leg of the split approximately 16.5′ long. This antenna tunes up very nicely with the Elecraft KX2 internal tuner. However, I made only one contact (CW) with it. An almost identical antenna can be found in the ARRL “Portable Antenna Classics” book on page 46. “A Portable Twin-Lead 20-Meter Dipole”, by Rich Wadsworth, KF6QKI.

I contribute the lack of QSOs to my location in the trees (heavily wooded) and it being too early in the morning. Otherwise I think this antenna should have worked very well.

All in all most of my contacts were made from the camper using the Icom 7300 and Tarheel 200A. With 100 watts it was pretty easy to make contacts in the early morning hours on 80 Meters. The early morning was a good opportunity before leaving camp for a full day in the park. The roads were still congested, even at this time of year.

The remainder were made from my vehicle at turnouts in the northeastern part of the park. It’s not hard to find wide open areas relatively free of interference from others (vehicles, RVs) and make contacts either on SSB or PSK31.

FT8 lacks the ability to send the park number and I could have tried FT8Call, but it was not in the cards this time.

CW was disappointing, but again I was limited to 5 or 10 watts and an inferior location among the heavy trees.

I had a total of 39 POTA QSOs and more contacts just while driving in the park. I also checked into my favorite nets in the morning and late evening.

This little gem came in real handy in the field. I used it to adjust my Tarheel antenna when I didn’t feel like using the radio (long story). I have used it to adjust my mobile Hustler antennas and also to check the long wires and home-brew antennas I made for the field. OH8STN introduced this in one of his videos, so I picked it up on E-bay for $110. This is the one I purchased and the seller I got it from>> SEE: MINI60 SARK100 Antenna Analyzer.

I’ll do a video on the Mini60 in the future.

A big thanks to subscribers and everyone who posts questions and comments to me with ideas and suggestions. I sincerely appreciate it and hope this website helps Ham operators. 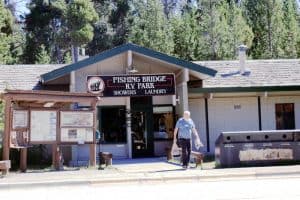 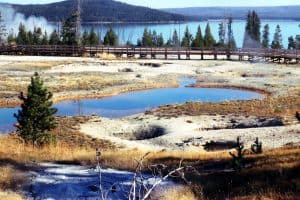 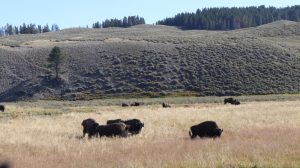 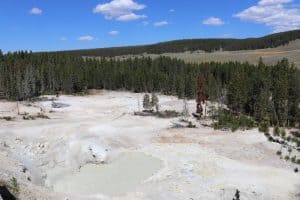